Last week, while chasing my lovely little dog Lucy just outside my studio, I successfully found a particularly slippery section of the recently rained on deck. While I felt fine initially, even marveling at my dexterity in catching myself and the grace with which I fell, my wrist became increasingly sore and was gradually swelling.  The rise of my heart rate was proportional to my fading pride as my assistant drove me to Patient First 20 painful minutes later. 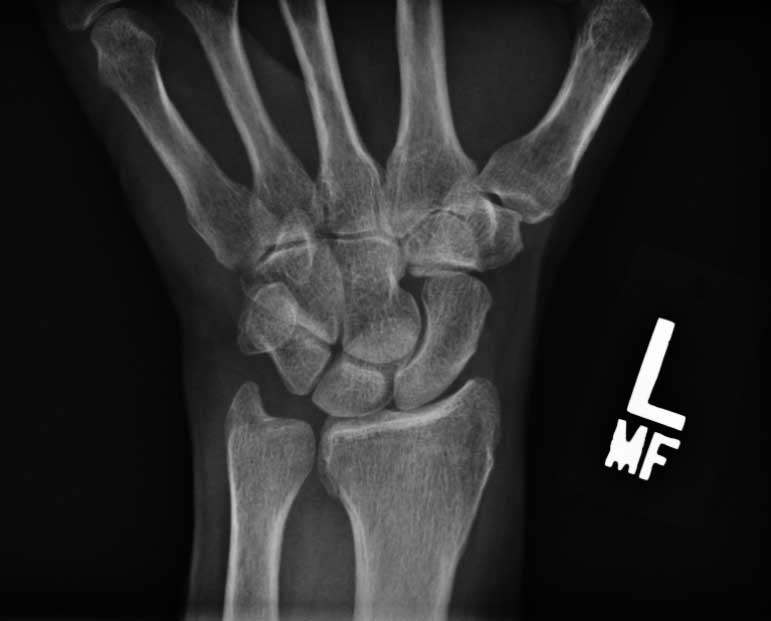 I’m not an expert, so I find it hard to judge from the x-ray, but I apparently fractured a bone in my wrist.  Major bummer, and unfortunate timing: I had arranged for another “binge – shooting” session with Carl, who was traveling up from New Orleans the very next day for a month long visit.  I couldn’t even efficiently tie a shoe lace – how was I supposed to get behind the camera?

Throughout both my personal life and my creative process, I have learned that challenges will continue to arise as time rolls by.  I’ve also learned that- after a suitable and acceptable period of self pity- it is important to meet these challenges head on.  I would not be deterred…THE SHOOT MUST GO ON! 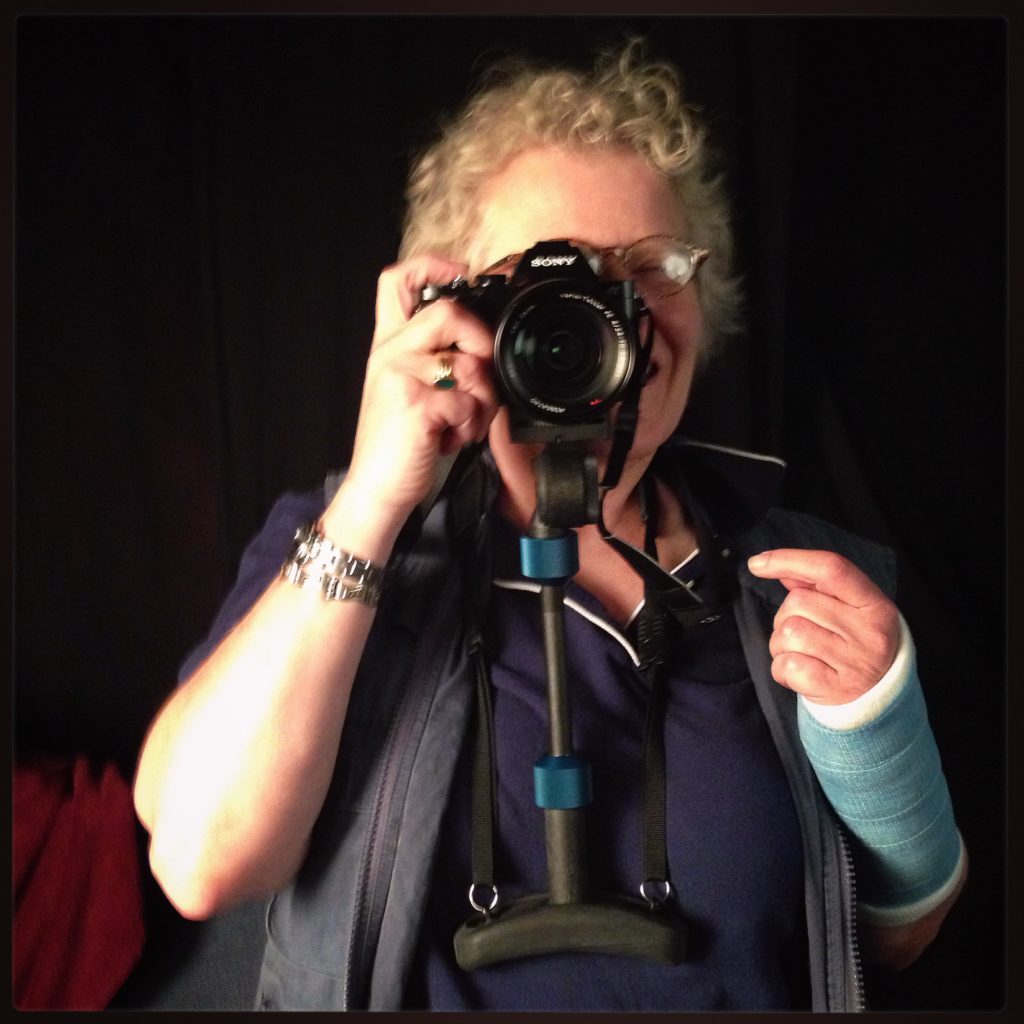 With a cast on my arm for the next 6 weeks (again, major bummer), pool shooting was out of the question, so it meant a return to the mirror work.  I met with my trusty consultant – Google – to determine what my options were, and found a variety of devices that could make photographing with a busted limb possible.  Novaflex makes a very simple monopod-type brace that can be worn around the neck to both support the weight of the camera and enable one handed shooting.  I eagerly ordered one and had it delivered the next day, conveniently coinciding with Carl’s arrival. 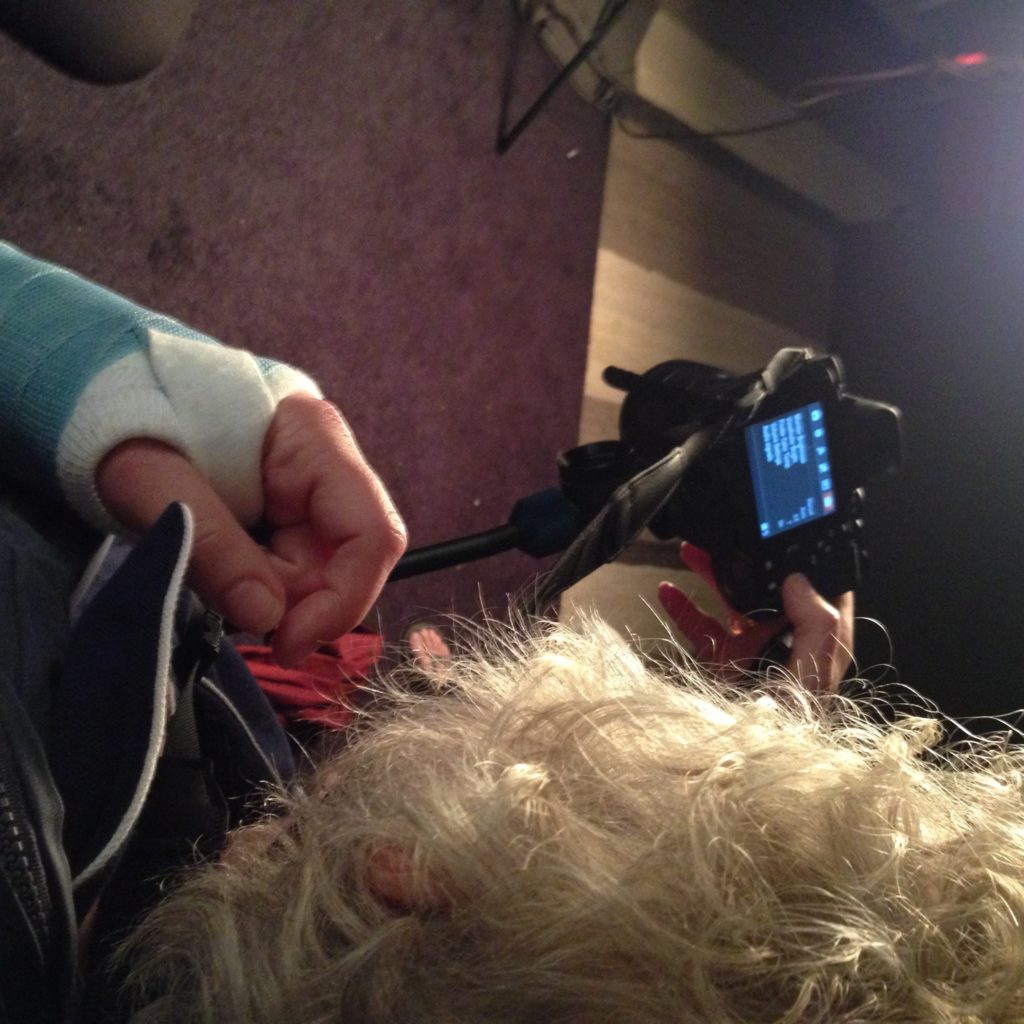 With the exception of a few limitations, this thing is perfect.  I’m forced to shoot horizontally, but I frequently find myself doing so with the mirror work anyway, so that’s not a huge loss.  I am more restricted in my movements however, which presents a bit of a challenge when I’m trying to really explore what I’m looking at.  I’m also forced to slow down while shooting – manually focusing and other simple camera operations require a little more effort when only using one hand.  This increased effort takes a lot out of me, and I find the shoots are a bit shorter in duration.  I get worn out sooner, and then the paranoia that the flesh under my cast is putrifying under the sweat and stress of it all causes me to wrap things up sooner rather than later.

The shoots so far have been FANTASTIC!  After only a few days worth of shooting, I’m already thrilled with a number of the images and have my ‘handful’ (get it??) with the early stages of editing.  I’m still working with the cool, drained-of-life blue tones illuminating one of the models, as well as continuing to incorporate more of the “Ruben’s Red” that seems to create a sense of atmosphere reminiscent of Renaissance imagery.  This time around, I’ve made some subtle adjustments – some by choice and some forced by the limitations of working one-handed – that have really made a dramatic impact.

I’m also finding that in many of the images, the limbs (particularly the left arm) appear either broken or putrified….COINCIDENCE?!  😉

While the binge shooting continues, I hope to get around to at least some editing to be able to share this work as soon as possible, so stay tuned!