Back in June, I had the pleasure of meeting and working with Ben Long at The Oklahoma Summer Arts Institute workshops.  In addition to his work with many magazines such as MacWeek, MacUser, Macworld, and CreativePro.com, Ben is also a regular contributor to lynda.com, an award winning online instructional video library. 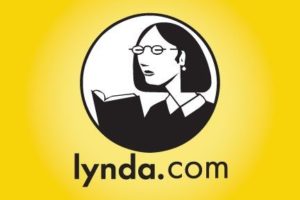 lynda.com produces thousands of video tutorials and training on various topics.  While most of their video’s feature courses on software, they have been working towards focusing on where creativity and technology intersect.  Some of their latest videos are aimed at educating not just the practical aspects of a given discipline, but the artistic understanding and creative vision that can be applied.

Ben Long’s Foundations of Photography series has been a huge success with lynda.com, addressing technical knowledge of photography with an understanding of the aesthetics of it as well.  Following our work together during the summer at Quartz mountain, Ben and I were reunited for fall courses at The Oklahoma Arts Institute.  The folks at lynda.com took the opportunity to incorporate the workshop into a new course Ben was working on for the site,  Foundations of Photography: Composition.  We were followed by a camera crew who filmed our lectures on creativity, intuition and seeing, as well as critiques and discussions with the students.

This was such a new and fantastic project to work on, and it was wonderful to work with Ben and everyone from lynda.com.  The Foundations of Photography: Composition video series was published on lynda.com on 12-23-11 and has already been a huge success, highlighting as one of the most viewed courses.  I highly encourage anyone interested to check out the series, you won’t be disappointed!