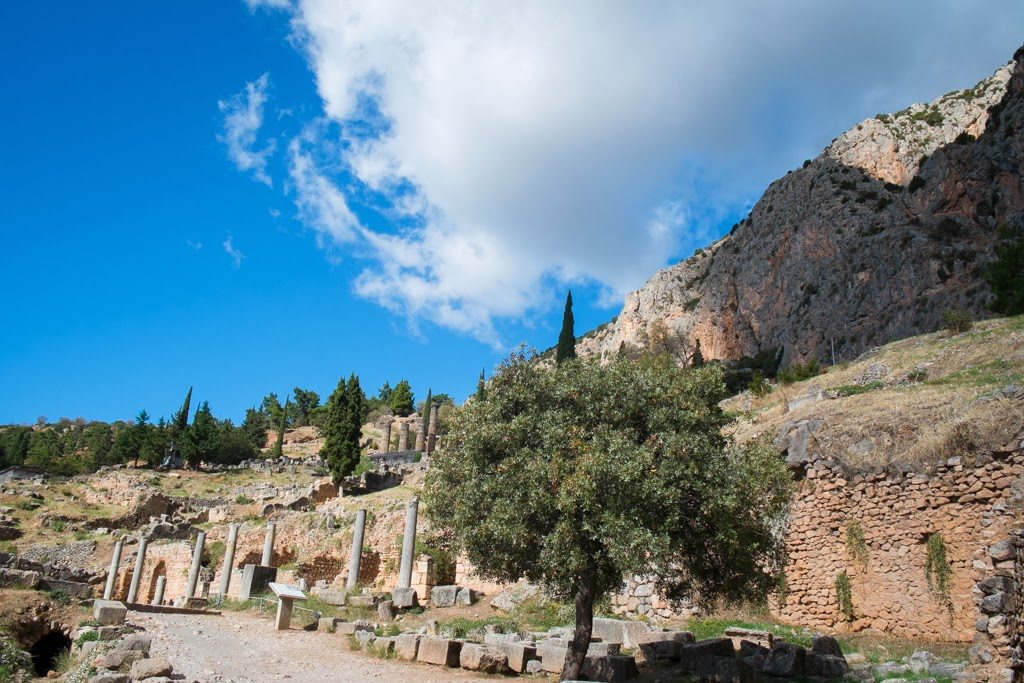 On a recent trip to Greece, I was astounded by just how much we are still influenced by ancient Greek culture. I knew that we had borrowed a great deal from this early civilization, but I was unaware of the scope of their impact nearly 3,000 years later.  Not only does our system of government and much of our language originate from that period, but so much of our thinking comes from then as well.  The ingenuity of Plato, Socrates, and Aristotle permeates our society even today.
What was most intriguing, however, was the opportunity to explore the birthplace of so many of my favorite ancient myths.  Echoes of mythology have been a recurring theme in my work from the very beginning.  Ever since a fellow graduate student revealed the resemblance of Dead Silences to the ancient god Janus, I became very interested in mythology and the role of myth in psychology. 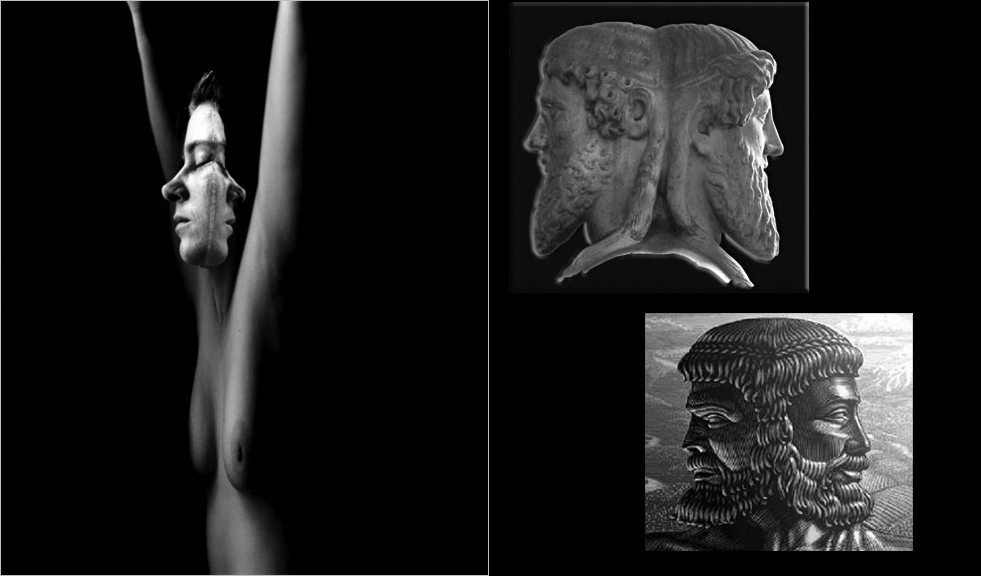 In her book The Case for God, Karen Armstrong writes that the Greeks recognized two distinctive characteristics of thought, referring to them as “mythos” and “logos”.  While “logos” dealt with analytical, practical, and functional knowledge, “mythos” was the psyche’s mechanism for finding meaning in life’s struggles.  Armstrong states that “in the past, myth was not self-indulgent fantasy; rather, like “logos”, it helped people to live effectively in our confusing world, though in a different way”.  Myths focused on the difficult and challenging aspects of life that logos could not account for, and so were just as important to the human psyche.  “They were designed to help people negotiate the obscure regions of the psyche, which are difficult to access but which profoundly influence our thought and behavior”, says Armstrong, referring to myth as a primitive form of psychology.
For myth to be effective, however, it had to correspond to reality.  In order to reveal and understand universal truths about our humanity, it had to be applicable to the world around us.  Today, after centuries of industrial revolution and scientific progression, we tend to value the more pragmatic “logos” over mythos.   Mythos has been separated from our understanding of the world and how we live in it.  We believe in reason and see myth as just “stories”, often overlooking their meaning.  Even the word “myth” itself has become synonymous with “lie”, and is often used to indicate falsehood.  But when you look at ancient Greek culture, their history is interwoven with their mythology.  Mythos and logos were different sides of the same coin- essentially different thought processes but equally important and valuable.
I’ve always been fascinated by this notion, and so it was wonderful to have a guide who could present historical facts with stories of Greek mythology.  Eva had a way of connecting the mythological stories of a site with the historical facts and reality of it that reflected the link between mythos and logos.  Not only did it elucidate the ancient ruins we visited, but it gave us a sense of how the people of the time thought, how they saw the world and interacted with it. 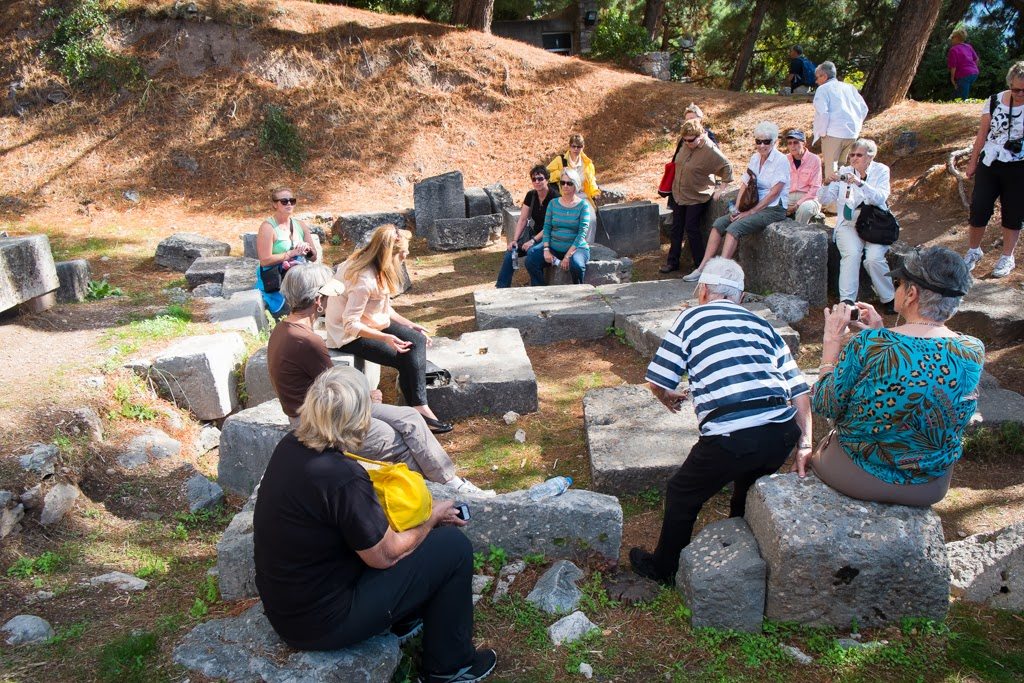 At one point, we were sitting on these giant stones on the path to the Temple of Apollo at Delphi.  Eva explained the importance of the rich landscape, illustrating its role in ancient Greek mythology.  She pointed out a boulder and suggested that perhaps this was the rock that spilled from the gut of Kronos after Zeus cut open his stomach to free his devoured siblings.  She also explained how the people would prepare themselves for visiting the temple, reflecting on the sculpture that lined the path to it and how they would essentially prime themselves psychologically for the cryptic messages of the oracle.  There was such a richness in Eva’s presentations and explanations of the history and myth , it was almost as if we were touring the Greek psyche in addition to the beautiful landscape. 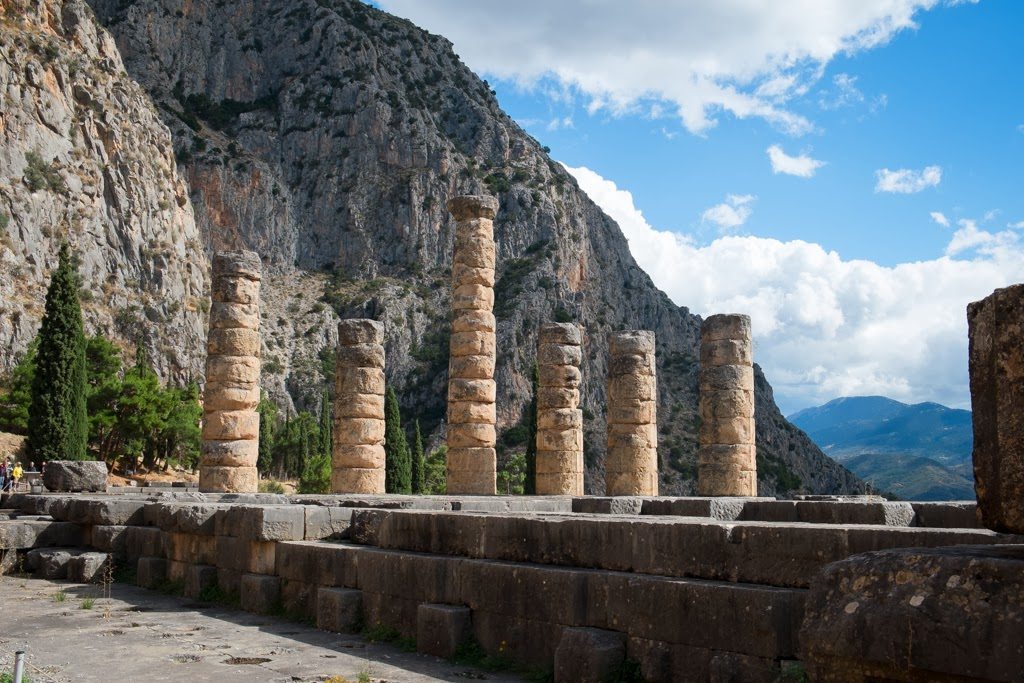 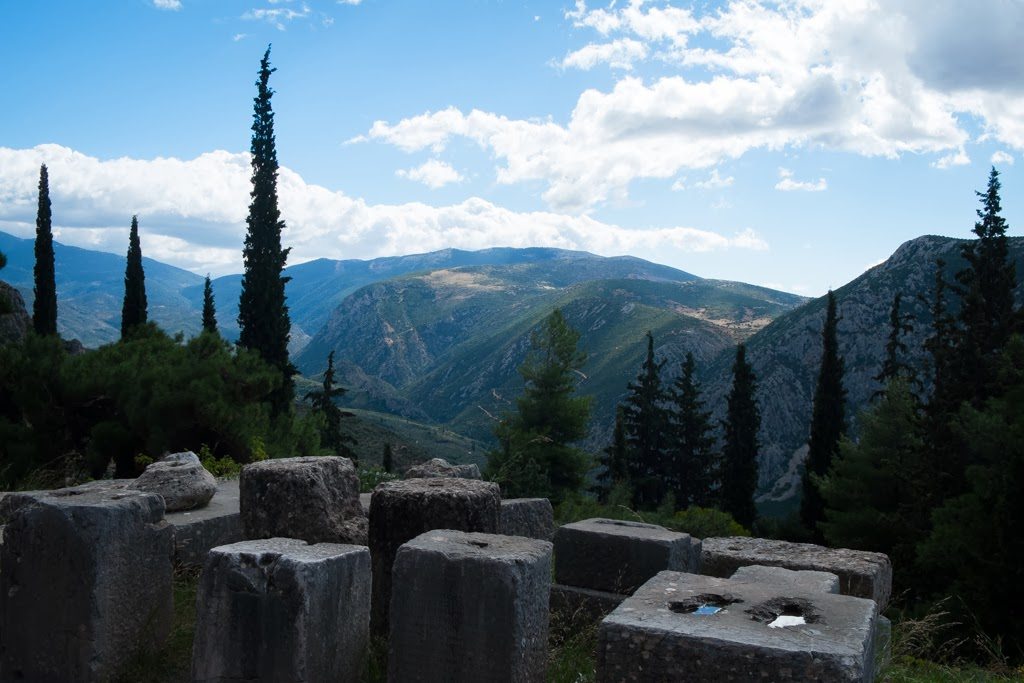 A Tour Through Ancient Greece